Sun City Center resident Debbie Caneen is always coming up with new ideas for bringing people together.
His latest, creating a craft beer and wine club in the community, took off with a bang after he created a new Facebook group to see if others shared his interest. The first person to respond was Corbett Brown.
Brown has 30 years of experience as a home brewer. He and his wife had recently moved to Sun City Center from Oklahoma, where he was president of a wine-sharing group and a member of a home-brewing club.
Caneen and Brown, who are neighbors, met in July to compare notes and came away from their meeting with a plan. It was a “marriage made in heaven,” Caneen said.

Debbie Caneen, founder of the Craft Beer & Wine Club of Sun City Center, and her neighbor Corbett Brown, a home brewer for 30 years, met in July to develop a plan for the newly formed group, which held its first meeting on July 4 august.

“My goal was to find people who wanted to make their own beer and wine and share it with each other,” she added. “After our first group meeting on August 4th, I had the chance to meet other people from our region who have great knowledge of local resources, the fermentation process and an interest in discovering new flavors.” 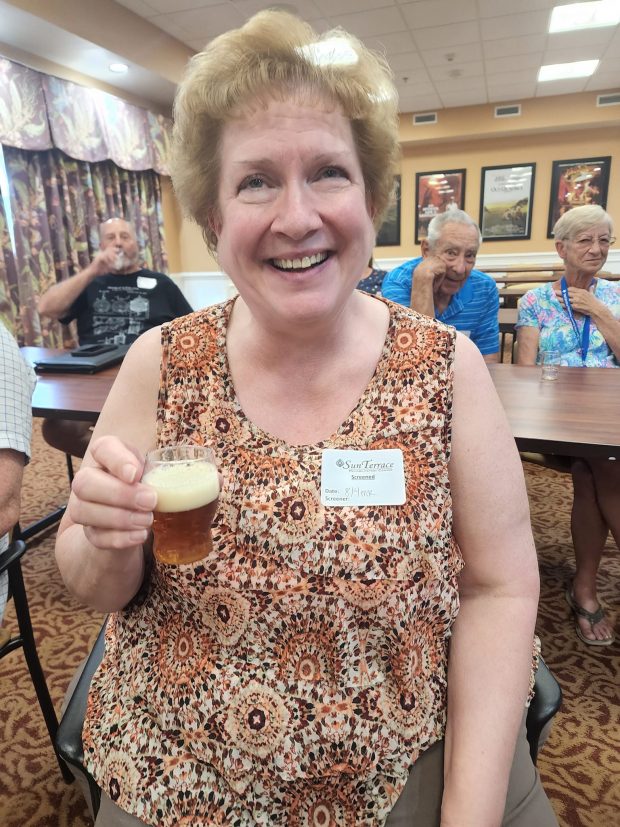 New club member Kelly Bertke Freeman is shown here at the first Sun City Center Craft Beer & Wine Club meeting on August 4. She was one of 22 people who signed up. Since then, the club has grown to over 100 members on its Facebook group page.

Within the first 10 minutes of this meeting, the 22 people who demonstrated voted unanimously to open membership to all residents of the greater center of Sun City. They wanted the freedom to structure their club without restrictions or binding rules.
Kings Point resident Michelle Mason, who is associated with Seniors in Service, has volunteered to step in and function as an unofficial secretary to keep club records. She told members about a Senior Demonstration Program grant through AmeriCorps Seniors that could benefit the club by providing secondary liability insurance (for members on club business) under the auspices of Seniors in Service.

“The grant supports the idea that social clubs improve mental well-being,” said Robin Ingles, CEO of Seniors in Service. “We try to facilitate the formation of any club that pursues this goal.”
At this meeting, Derrick White of Afford-a-Brew in Land O’ Lakes talked about the basics of home brewing. Participants were able to taste three beers and a mead [wine]as well as appetizers prepared by Chef Jerry Badders of Sun Towers. 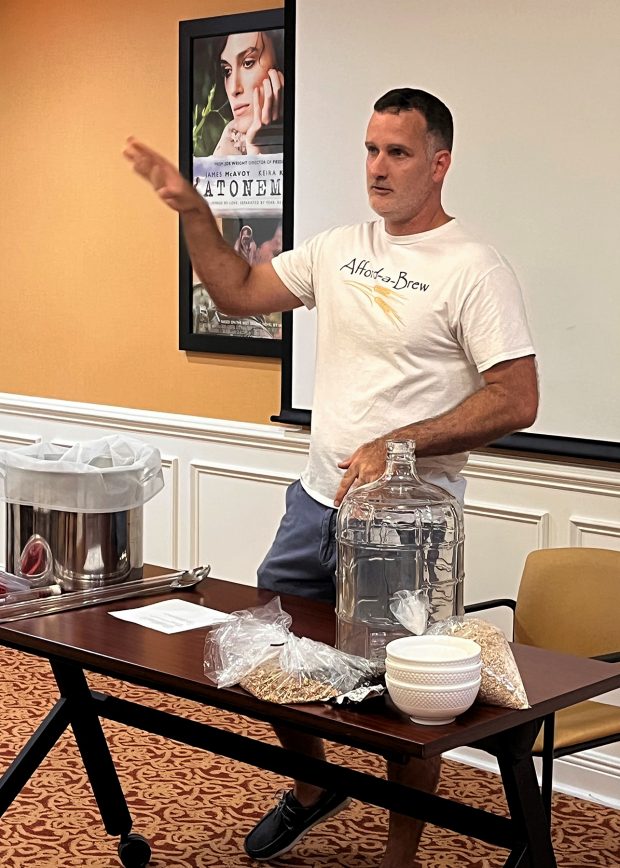 Microbrewer Derrick White, of Afford A Brew in Land O’ Lakes, discusses the brewing process at the Aug. 4 meeting of the Craft Beer & Wine Club at Sun City Center.

The group’s next meeting will be September 1 at 1:30 p.m. at the Sun Towers Theater. Regular monthly meetings will be held on the first Thursday of each month. The location, which could be at Sun Towers, Kings Point or the Sun City Center Community Association, will be announced.
Monthly field trips will be planned. Tentatively, the group is scheduled to visit Corporate Ladder Brewing Company in Palmetto at 3 p.m. on Friday, September 16. Singles bring either a bottle of wine and pair a bottle of wine or two beers to enjoy.
The private Facebook page, Craft Beer & Wine Club of Sun City Center “Fermenting Fanatics”, already has more than 100 members.

“I’m excited to learn with others who love beer and wine and especially the fermentation process,” Caneen said. “Besides beer and wine, this could include sourdough bread, kimchi and sauerkraut – basically anything fermented. It’s about sharing ideas and having fun.
Anyone interested in joining the club can visit their Facebook page and send a request to Caneen, the administrator, or call her at 813-892-2990. 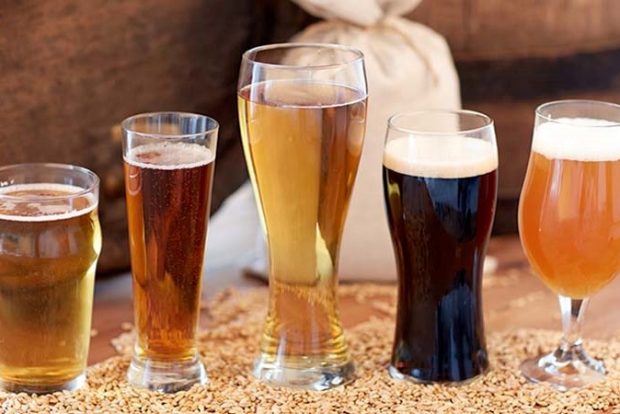 Courtesy picture
Sun City Center’s new Craft Beer & Wine Club “Fermenting Fanatics” already has over 100 members. It is open to all residents of the greater Sun City Center. To learn more or sign up, visit the club’s private Facebook group or call Debbie Caneen at 813-892-2990.