NEW YORK — Yeshiva University in New York will be required to recognize an LGBTQ student club, at least temporarily, after the U.S. Supreme Court on Wednesday denied the university’s request to intervene in the case.

Supreme Court justices ruled 5-4 against the university’s request to block a lower court’s decision that required it to recognize the club and treat it like other student clubs. The case is being appealed to the lower courts and could still be overturned or returned to the Supreme Court.

The flagship Modern Orthodoxy university appealed to the court late last month, citing its rights under the First Amendment, which protects the free exercise of religion. The university argued that recognizing the LGBTQ Pride Alliance Club would be contrary to its beliefs. The dispute centers on whether the university is a religious or secular institution.

Recognition would grant the Pride club funding and other benefits.

A New York state judge ruled in June that the school must recognize the group, a decision the university is appealing in the state court system. The Supreme Court said the university must exhaust its other options to overturn the decision before going to the nation’s highest court.

“The request is denied because it appears that the plaintiffs have at least two other expedited or interim remedies available to them in state court,” the court said. The university may continue to appeal in the New York courts or file an appeal with the Federal Appeals Division.

If both of these efforts fail, the university “may return to this court,” the judges wrote.

The opinion was based on procedural grounds, not on the broader issue of religion.

The dissenting justices sided with Yeshiva University, saying, “The First Amendment guarantees the right to free exercise of religion, and if that provision makes sense, it prohibits a state from enforcing its own interpretation. favorite of the Holy Scriptures. Yet that is exactly what New York did in this case.

“Yeshiva would likely win if his case came before us,” they said. The court has a conservative majority that has previously ruled in favor of religious groups.

The advocacy group for queer Jewish youth said the Supreme Court’s decision was “a watershed moment for LGBTQ Jews in the Orthodox community who for too long have been told that their identity is not a sin, but who feel like their self-esteem is.” against Jewish law. 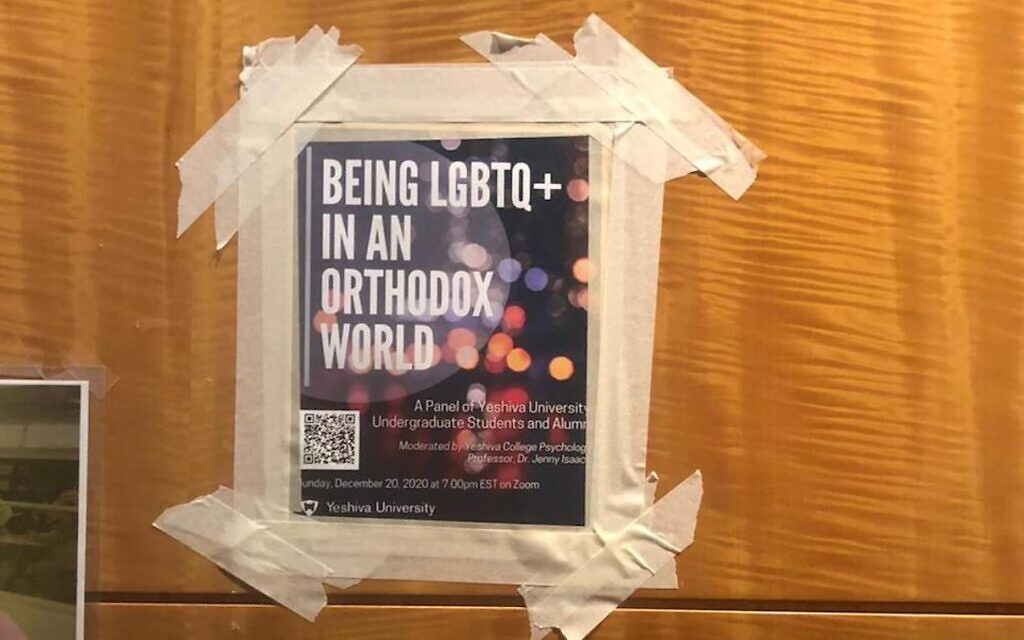 In June, New York City Judge Lynn Kotler ruled that the university was licensed as a non-religious organization and therefore subject to the city’s human rights law prohibiting discrimination. based on sexual orientation. The court also said the university offered too many secular degrees to qualify for religious exemptions.

The university maintains that it is a religious institution that requires all undergraduate students to “engage in intense religious study” and adhere to Jewish law on campus.

In its emergency appeal to the Supreme Court last week, the university said it was seeking action “to conduct its internal affairs in accordance with its religious beliefs.”

“As a deeply religious Jewish university, the Yeshiva cannot comply with this order as it would violate its sincere religious beliefs about how to train its undergraduate students in Torah values,” the request said. Supreme Court.

The university said in the statement that the trial court’s decision “would require Yeshiva to put its seal of approval on a club and activities that are inconsistent with the school’s Torah values ​​and religious environment.” it seeks to maintain”.

Jewish Queer Youth said the university “demonstrates the very homophobia that they say does not exist on campus.”

“Instead of listening to what they are really asking for, a safe space where they can build friendships and community, YU deliberately confuses young gay men’s need for self-esteem with a non-existent demand for sexual behavior,” said the group.

You are a dedicated reader

We’re really glad you read X Articles from The Times of Israel over the past month.

That’s why we started The Times of Israel ten years ago – to provide discerning readers like you with must-read coverage of Israel and the Jewish world.

So now we have a request. Unlike other media, we don’t have a paywall in place. But since the journalism we do is expensive, we invite readers to whom The Times of Israel has become important to support our work by joining The Times of Israel community.

For just $6 a month, you can help support our quality journalism while benefiting from The Times of Israel WITHOUT ADVERTISINGas well as access Exclusive Content only available to members of the Times of Israel community.

Thanks,
David Horovitz, founding editor of The Times of Israel